Forged Original across the border 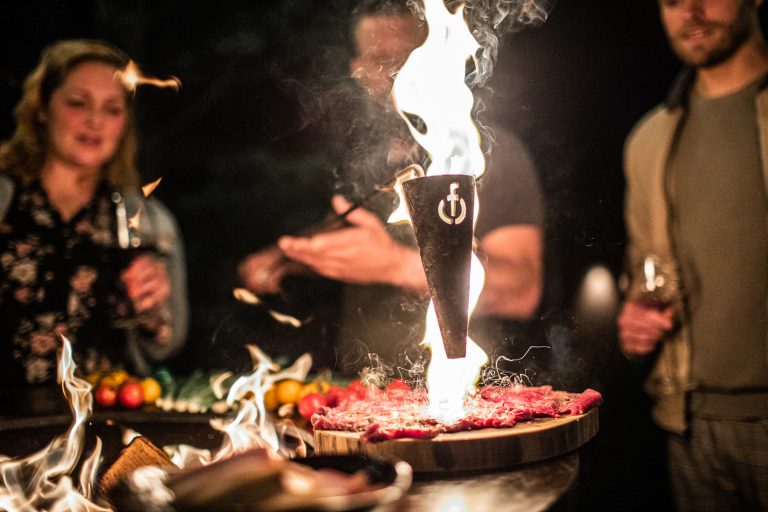 Forged Original across the border

In 2022, Forged will be featured in the most watched BBQ program on TV again: BBQ Street on 24Kitchen. With more than 400,000 viewers per week, BBQ Street was able to captivate outdoor cooking in the Netherlands in 2021 with the best trends, recipes and the most beautiful tools from Forged. This year, five different grill masters, including Jord Althuizen and Peter de Clercq, will once again use Forged knives. Every grill master will use a different Forged series so every product is covered. Forged Churrasco and the Flambadou will also get a lot of attention in this new season.

Just like last year, the episodes will be broadcasted on both 24Kitchen (NL) and VTM (BE). In total, more than 71 episodes are broadcast throughout the year. With this, BBQ Street wants to show that barbecuing is not just a summer activity. There are also plans to broadcast BBQ Street in Germany with German chefs, allowing Forged to make ever greater strides across the border.

Pitmaster X
Roel Westra, also known as Pitmaster X, reaches more than 5 million people a month with his YouTube and social media channels. After his participation in 2021 as grillmaster in BBQ Street, Forged came into contact with Roel. With a shared passion for outdoor cooking and traditional, honest products, a great collaboration was created. This has so far resulted in a beautiful video about the Forged Flambadou. The video about the Forged Churrasco concept will be released in March 2022. Have you seen it already? Two videos to not only promote Forged in the Netherlands, but throughout the world. We hope to make many more great videos in collaboration with Roel, so that we can market the brand even more strongly while creating demand for our customers.

Login to Forged
Reset Password
Enter the username or e-mail you used in your profile. A password reset link will be sent to you by email.